***Margaret, Pirate Queen is now available on Amazon.com, Barnesandnoble.com, Booksamillion.com, and will be available in other stores very soon*** 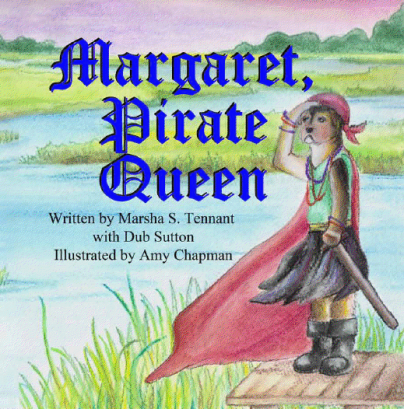 It has been asked many times.  How did this all start?  Where did the pirate dogs come from?  It all began when brother and sister Marsha Tennant and Dub Sutton were watching Jack Sparrow in the Pirates of the Caribbean.   They immediately noticed how much HE looked like Margaret, Marsha's dog.   Margaret is a rescue dog and not only bears the eye markings made famous by Jack Sparrow, but has the personality to boot!  Watching his swagger and facial expressions got the juices to going.   As she slept on porch (her favorite past time) Marsha and Dub would tease her about what she could possibly be  dreaming. They started talking to her about "what are you dreaming now?"   The idea grew from there because of Jack Sparrow and the pond in the back yard that Margaret seemed to stare at all day. The Lowcountry, home of the authors, is rich in Pirate Lore and who doesn't love Anne Bonney (infamous female pirate).   Dub and Marsha started talking and Dub jumped right into doing the research for the idea. It really was created for fun and to use as a teaching tool for Marsha to use in the classroom.  The book, along with some illustrations by Amy Chapman, began to make its rounds to several schools in the area and seemed to really get the children fired up about using their imaginations.  One class even aided in creating some storylines and helped Amy to create one of the illustrations.  The book has been used to classrooms to teach the students about the writing process and how to make drafts and edits.  It has also been used to show the students how an illustrator creates an illustration for a page.

Portions of the proceeds made off this book will be donated to rescue dog programs!!! (because there are so many more pirate dogs out there, just like Margaret, who need homes) 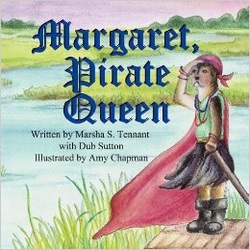 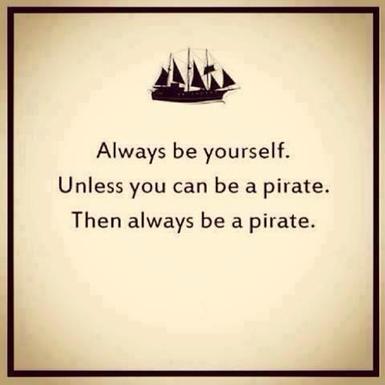 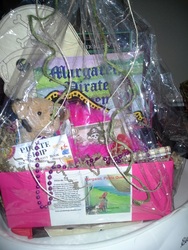 Booty baskets going on sale for $25.00
order here at marshatennant@yahoo.com
Thanks to Andru Long for
website update
- Pirate Queen